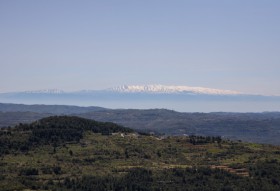 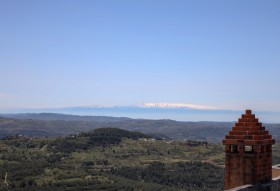 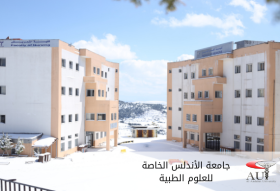 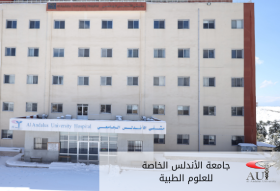 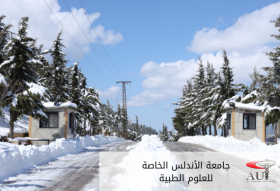 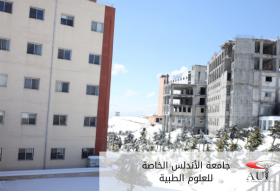 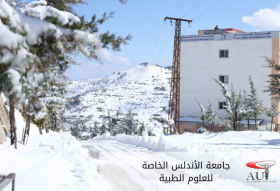 Al-Qadamous is a Syrian town, administratively part of Tartous governorate. It is located in the Coastal Mountain Range, west of Syria, on the road between Banias and Misyaf. It overlooks its surrounding area, Banias-Misyaf road and some hills and mountains. It is surrounded by magnificent nature. Administratively, there are 67 towns and villages that belong to Al-Qadmous.

Al-Qadmous, the town of affluence and snow

Al-Qadmous is characterized by its charming mountainous nature and its mountains that are covered with oak and pine forests. Fruit trees such as apple trees, almond trees, olive trees, etc. that are spread on the slopes of the mountains complement the natural forests providing magnificent scenes that are beyond description. The town has a very important location as it sits amidst the mountains, forests, and other towns on the tops of mountains. Different types of fruits and vegetables are produced in the town’s rural areas. The town enjoys a mild summer but a cold winter, where snow falls in abundance and covers the town and the surrounding mountains.

The town is named after the Phoenician god Cadmus. The ancient Phoenician legend says that Cadmus sailed looking for his sister Europe, who had been kidnapped by Zeus, and went from Syria to the land of the Greeks. He became a teacher and spread the alphabet and science over there. There are a number of archaeological sites in Al-Qadmous such as Al-Qadmous Castle, which can be reached from the Old City by ancient stone stairs. The fame of this castle rose during the days of Salah ad-Din (Saladin) and it was of great importance. There is also Al-Kahf Castle (castle of the cave), as well as a number of buildings, tombs and archaeological caves dating back to ancient times.

Al-Qadmous climate is relatively cold in winter and mild in summer. There are many tourist attractions and archaeological sites such as Al Qadmous Castle, Al-Qadboun Mountain (near Kaf Al-Jaa village), the Al-Kahr Castle and some archaeological caves. Al-Qadmous is connected to a modern network of roads and there are a number of high-end transport companies that connect the town with many Syrian cities, regions, and resorts. Al-Qadmous has some of the most beautiful natural and tourist attractions that are ideal for safaris, holidays and nature enjoyment. Here are some examples: